The College Library has just acquired a black cloth-bound notebook containing  notes on the lectures of the composer John Stainer (1840-1901). Stainer was a popular composer in his day, and an Oxford figure having been organist at Magdalen College and later in life Heather Professor of Music at the university. He was also churchwarden at St Cross Church, and is buried there. Coincidentally, Exeter College Choir are singing an anthem by Stainer on 22nd May 2016.

The notes are the work of the organist of Exeter College in the 1870s, Joseph Cox Bridge (1853-1929) although the notebook obviously once belonged to his elder brother, Frederick Bridge , long-serving organist at Westminster Abbey as it says at the front in large blue crayon ‘Stolen from JF Bridge Cloisters Westminster’. 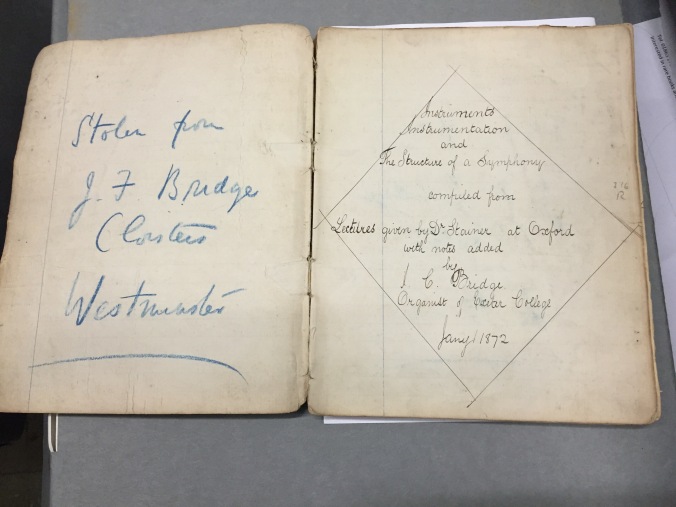 The manuscript falls into three parts: first Bridge’s account of instruments, instrumentation, and the structure of a symphony, with particular emphasis on Beethoven’s works including the Pastoral, derived from Stainer’s lectures and dated 1872; next, are notes on John Pyke Hullah’s ‘History of Modern Music’; lastly there are notes from John Hawkins’ ‘History of Music’, concluding with a section called ‘Answers to Ques’ which appears to be preparation for an examination. 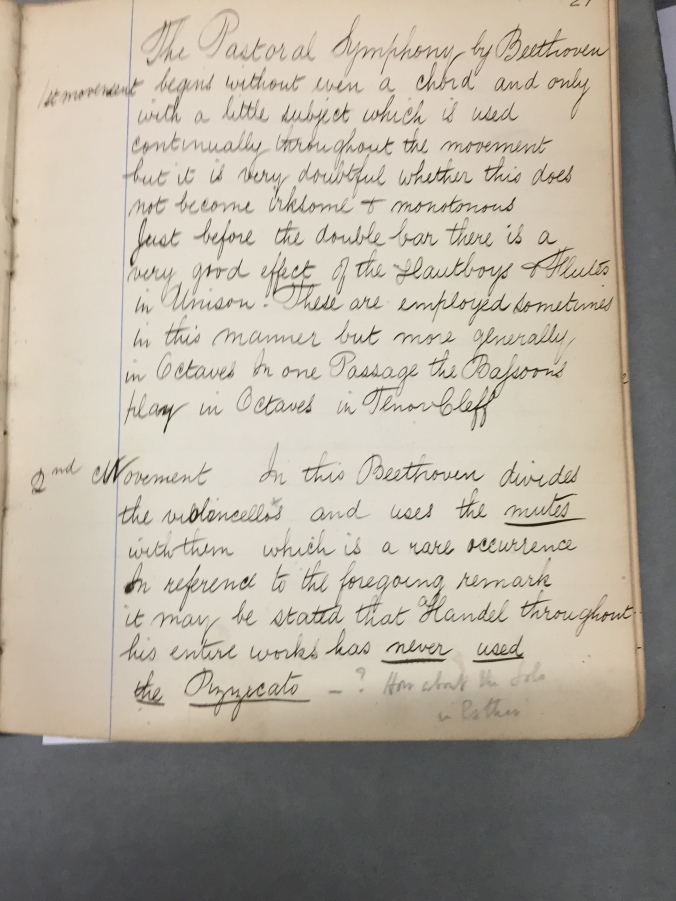 Altogether the notebook sheds an interesting light on music education during this period. 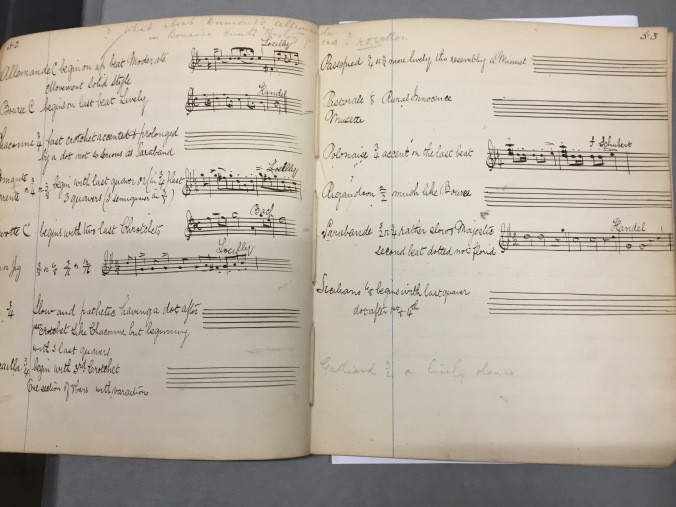 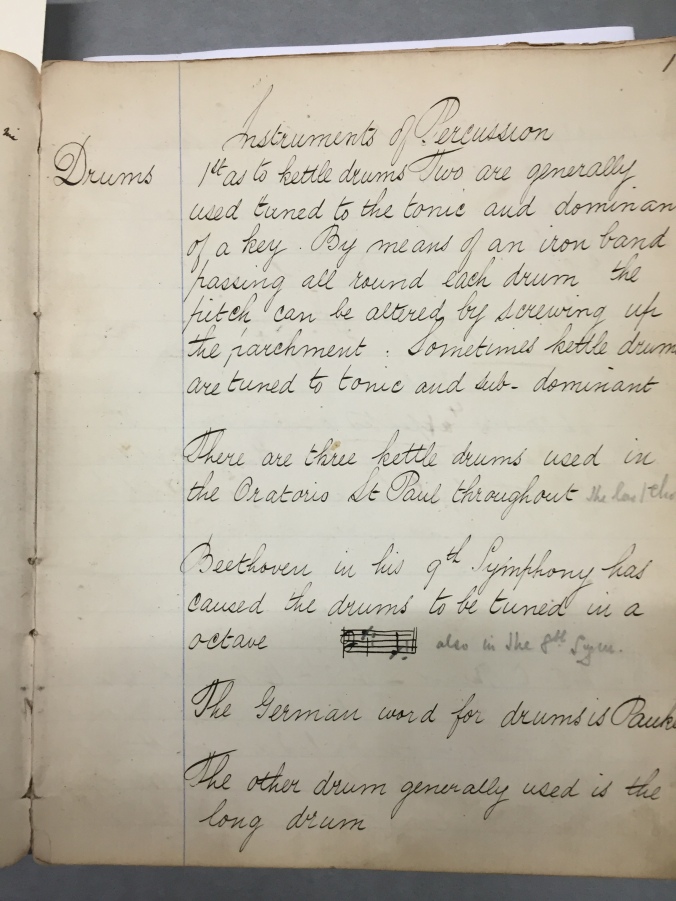 The manuscript has been added to Exeter’s small collection of music manuscripts, chiefly a collection of Thomas Wood’s scores and notebooks. Thomas Wood (1892-1950) was a composer and author who lectured at Exeter College to great acclaim in the 1920s.